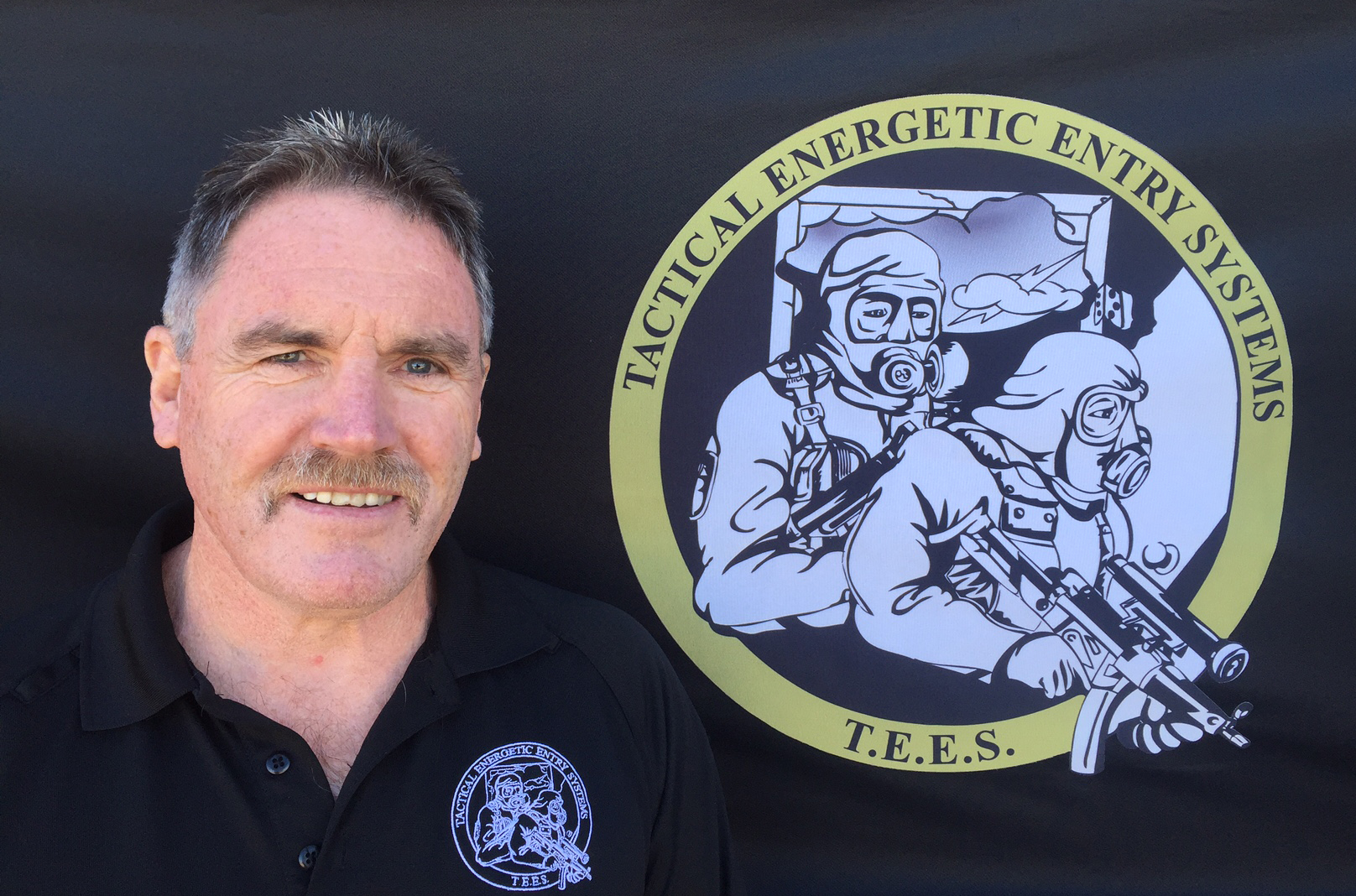 Mr. Brosnan has been involved in explosive breaching and tactical training / operations for over 40 years.

Alan spent twelve years in the New Zealand Army, the majority being with the Special Air Service (S.A.S.). He served several tours with the counter terrorist team, and finally as assault group commander was responsible for the training and management of all assault team personnel.

In February 1989, Alan left the Army and was sponsored into the United States as a subject matter expert in the field of counter terrorism. For two years he worked in Beverly Hills, CA as a close protection team member for a billionaire movie producer as well as conducting numerous courses for the US Military and Law Enforcement Communities. Alan is still active in the dignitary protection field and has performed security details in over thirty permissive and semi permissive countries worldwide.

In 1991, Alan moved to Memphis and established the Tactical Explosive Entry School (TEES.) This internationally recognized school conducted specialty classes for military and law enforcement personnel who were tasked to operate in high risk environments. Alan sold this company in 2005 then re-created it in 2007 under the name of Tactical Energetic Entry Systems (TEES.)

Alan served as a reserve Deputy with the Desoto County Sheriff’s Department (SWAT Team) from 1992-2015 and was involved in hundreds of high-risk operations at the planning, breaching and assault level.

From 1993-2016, Alan worked as an independent contractor for the U.S. Department of State’s Anti-Terrorism Assistance Program that trains foreign law enforcement officers in skills associated with counter terrorism. This training is conducted within the United States and at select locations abroad. Alan’s tasks have included writing course packages relating to counter terrorism and explosive breaching, instructor and course lead instructor both in the US and abroad.

From 2009-2013, Alan owned and operated an Anti-Piracy company called Energy and Maritime Security Services (EMSS). Based out of Sana’a Yemen and Mombassa Kenya, EMSS was responsible for conducting ship security mission in the Red Sea, Gulf of Aden and Indian Ocean.